It conducts in both directions.

DIAC is used for triggering TRIAC.

There is no controlling terminal on DIAC.

The figure shows the symbol and V-I characteristics of DIAC.

If the voltage is below VBO the DIAC is in off condition.

And when the voltage exceeds VBO it comes in ON condition.

Same in both forward and reverse mode.

The figure shows the triggering circuit for TRIAC using DIAC.

The AC input is supplied to load. The load may be a lamp.

Variable resistance in series with a capacitor is connected for controlling the charging of the capacitor.

When the capacitor charges above VBO of DIAC it starts conducting.

The capacitor voltage is applied to TRIAC and it turns ON.

The gate of TRIAC is connected to DIAC.

This series connection of DIAC to the gate terminal of TRIAC reduces the harmonics. 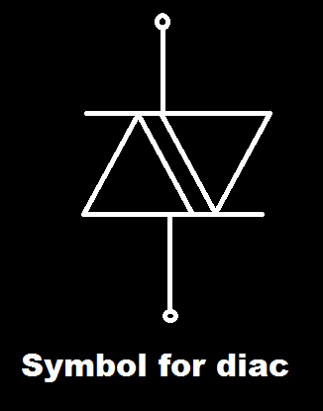 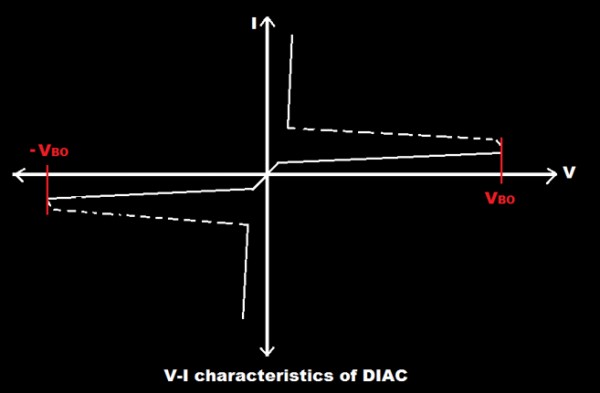 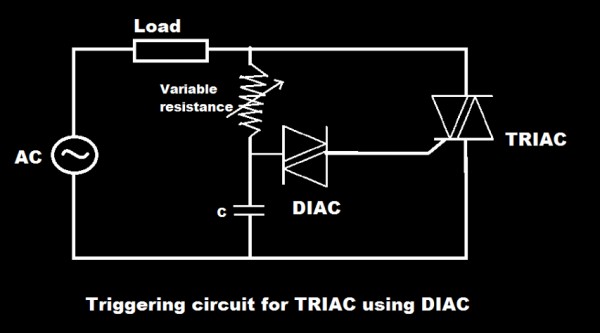